‘Make no mistake. USS KIDD is in a fight right now’: Officer on board second Navy ship to suffer COVID outbreak says ‘we’ve got this’ as he sends warning to anyone ‘who wants to capitalize on perceived weakness’

By Sophie Tanno For Mailonline and Ap

An officer on board the USS Kidd, the navy ship with over a dozen sailors who have tested positive for coronavirus, has issued a defiant message.

The Navy reports that the number of sailors aboard the USS Kidd confirmed to be infected with the novel coronavirus has nearly doubled, rising from 18 on Friday to 33.

The Kidd is the second Navy ship at sea to report an outbreak of the coronavirus. 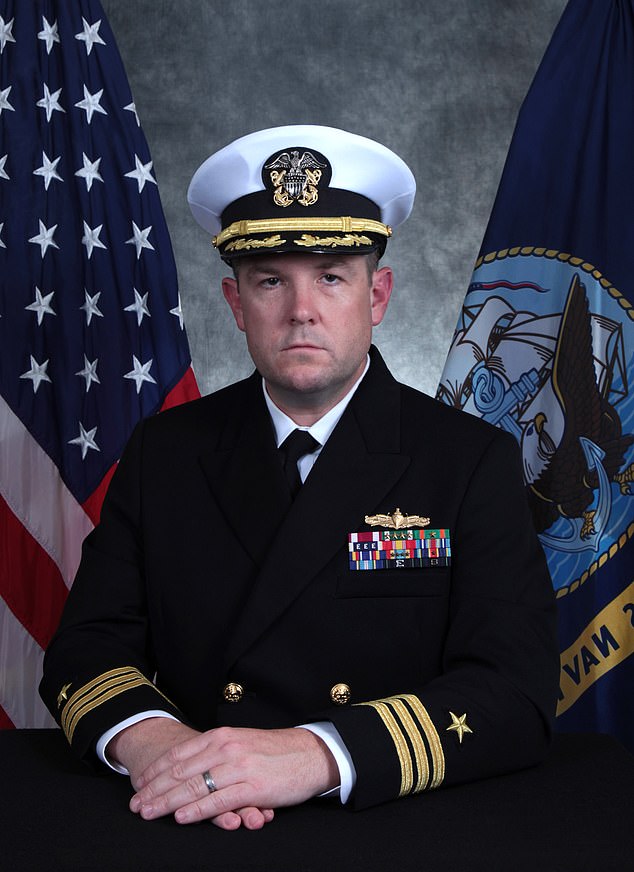 Executive officer Cmdr. Matt Noland (pictured) wrote in a post to the ship’s Facebook page: ‘I am an optimist, but make no mistake. KIDD is in a fight right now, against COVID and against anyone out there who might want to capitalize on what they perceive as a weakness’ 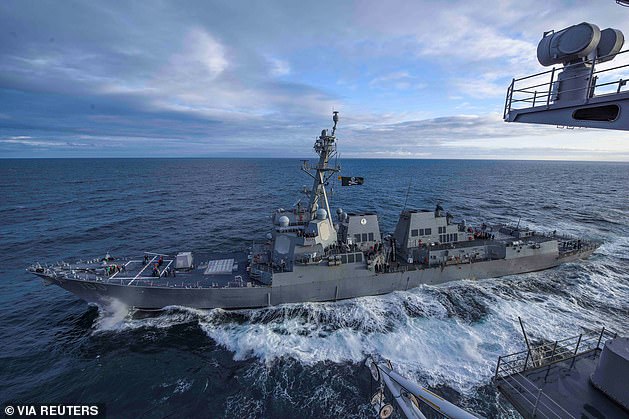 More than a dozen sailors aboard the US Navy destroyer Kidd (pictured) tested positive for the coronavirus as then warship carried out a counter-narcotics mission, officials said on Friday, dealing another blow to the military as it grapples with the pandemic 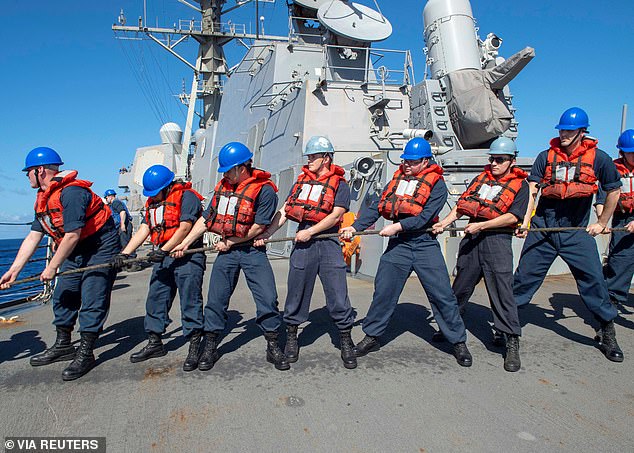 U.S. Navy sailors heave a line aboard the Arleigh Burke-class guided-missile destroyer USS Kidd during a replenishment-as-sea in the Pacific Ocean on January 27 (File image)

Executive officer Cmdr. Matt Noland wrote in a post to the ship’s Facebook page: ‘I am an optimist, but make no mistake. KIDD is in a fight right now, against COVID and against anyone out there who might want to capitalize on what they perceive as a weakness.’

He continued: ‘Destroyers are tough ships that breed tough Sailors. Warfighters. We’ve got this.’

The destroyer with its crew of 350 are off the Pacific coast of South America. Its current mission is related to U.S. counter-drug activities.

In a statement issued Saturday, the Navy said an embarked medical team continues testing of the Kidd’s crew. Two sailors have been medically evacuated to the United States. Meanwhile, officials say those aboard the Kidd are wearing N95 masks and other personal protective equipment. 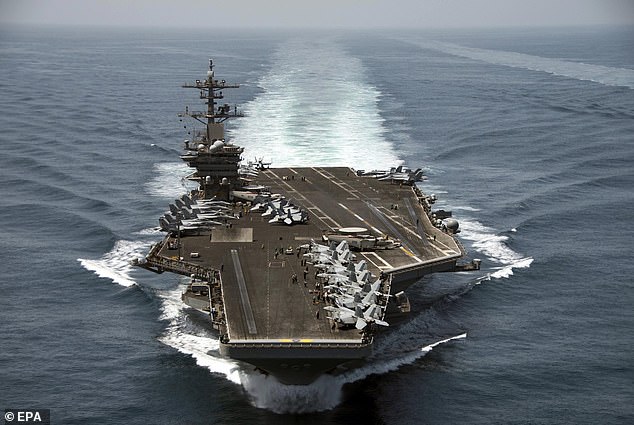 The aircraft carrier Theodore Roosevelt was in the Asia Pacific earlier this month when it had a coronavirus outbreak, forcing it to eventually dock in Guam. One sailor who was infected died, and nearly 850 out of the roughly 4,800 personnel on the carrier have tested positive

The Navy says the amphibious assault ship USS Makin Island is en route to rendezvous with Kidd in case medical support is required at sea.

The Kidd is the second Navy ship at sea to report an outbreak of the virus, after officials say the aircraft carrier USS Theodore Roosevelt has reported more than 850 cases of infection among its nearly 5,000 crew members. Most of its crew has been moved ashore to quarantine on Guam. One sailor who was infected has died.

The Roosevelt’s commander had called on Navy leadership to evacuate the vast majority of the crew and to disinfect the ship in a letter that leaked to the public, raising questions about the Trump administration’s handling of the outbreak.

Olympics could be canceled if the coronavirus persists next year, says Tokyo 2020 chief

Unpaid contractors to shut down Agric ministry over N16bn fraud

Buhari has failed, he needs to resign, ask for forgiveness – Sule Lamido

Buhari has failed, he needs to resign, ask for forgiveness…

Benin-Abuja road under seige, as…